In 1949 a twenty-five year old woman stepped off a ship in Port Melbourne, Victoria to be welcomed by strangers.

She had come from a country far away, where in the space of ten years she had been robbed of her family, her people, her friends, her home and her adolescence.

She is Jewish. She had survived.

Born in 1924 in Lodz, Poland, Saba Feniger lived in a loving, extended family network which, when she lost her mother at a young age, was a source of solace and consolation for her.  Life was comfortable and enriched with strong friendships and fine culture.  When Saba was fifteen years of age Germany occupied Poland and life as everyone knew it ceased.  The Jews of Lodz were forced into a ghetto where overcrowding, poor sanitation, disease, hunger, fear and death characterised their lives for over four years. Saba lost her beloved father in the ghetto, but worse was to come when transportation to the camps began. Saba and her aunts were first transported to Auschwitz and then to Stutthof.  She suffered unimaginable horrors and more loss of loved ones.  Her story is interspersed with powerful, moving poetry.

Short Stories, Long Memories is not all horror; it is also a story of strength. Strength of mind and spirit over evil, over hatred and intolerance, and over uncertainty in a new land.  It is a story of a renewed life, of building on opportunities, of rediscovering a joie de vivre, of finding love and of having children.  It is a story of ultimate victory. 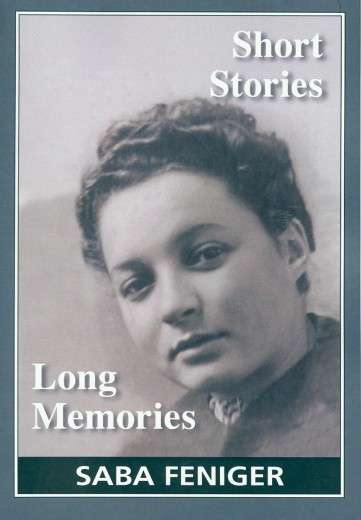