Kitia Altman grew up in Bedzin, Poland, surrounded by her extended family whom she observed with the rapier keen eyes of a child.  Happy years followed at a fine school, but by the time she was ready to take on the world, war broke out.  Until 1944 she worked in a “shop” manufacturing uniforms for the Vehrmacht.  It was managed by Alfred Rossner, a German, for whom she later provided testimony recognising him as Righteous Amongst the Nations.

Kitia survived the Holocaust sustained by memories of her childhood and, in her later years, devoted herself to working as a volunteer for the Jewish Holocaust Museum and Research Centre in Melbourne.  In Memories of Ordinary People, she writes: “For we who survived the greatest and most well organised plan to annihilate a people – oblivion is the real death.  Oblivion made the task of extermination easier.

We, the survivors, cannot afford to forget those who were once members of the community of men.  It is the obligation of the living to provide a place and a name for the dead.  Yad Vashem”. 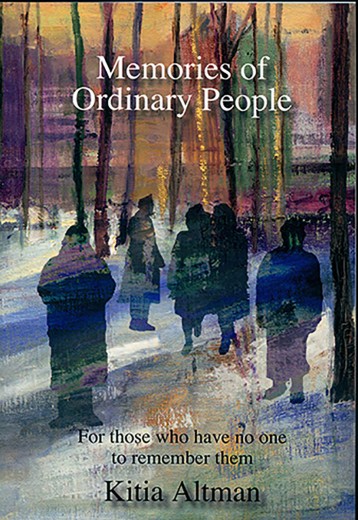