The 78th Anniversary of the Lodz Ghetto 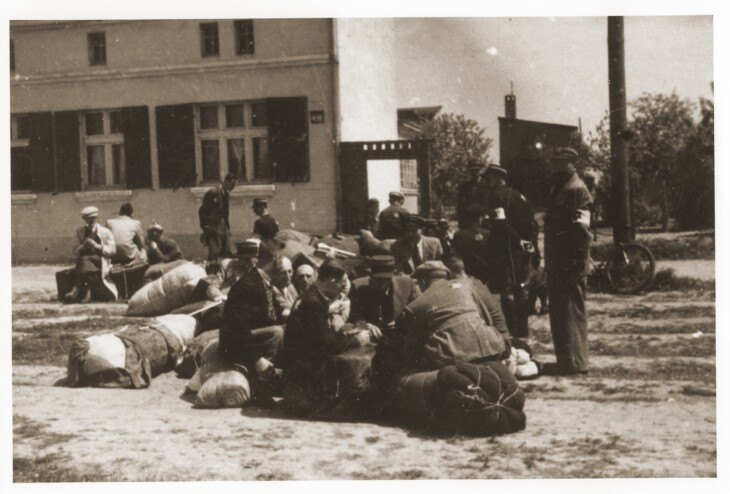 On 28 August 2022, the Lodz Committee will commemorate the 78th anniversary of the liquidation of the Lodz Ghetto.

The Lodz Ghetto – “Łódź” in Polish and“Litzmannstadt” in German – was the longest operating Jewish ghetto throughout World War II. Established on 1 May 1940 in the poorest area of Lodz, the ghetto became a highly profitable production hub for the German military until its liquidation between in August 1944.

With over 160,000 people incarcerated within four square kilometres, the living conditions for inhabitants of the Lodz Ghetto were deplorable.

People lived in overcrowded, dilapidated buildings with no access to essential resources such as sewage, gas heating, or running water. The biggest problem for the Jewish population in the ghetto was hunger. Unlike most other ghettos, Lodz was completely sealed off, making smuggling goods almost impossible.

As a result of poor sanitation and lack of food, diseases riddled the ghetto, with 44,000 inhabitants dying throughout its existence.

Youth movements didn’t transition into resistance movements quite like in other ghettos. Abe Goldberg, Holocaust survivor and member of the Jewish socialist group “Bund,” describes resistance in Lodz as passive:

In 1941, schooling was prohibited, and some groups such as the Bund organised for reading and education to continue secretly. These acts of resistance helped many Jewish people to withstand the miserable conditions.

The Jews in Lodz Ghetto established and operated 117 factories, supplying Germany with various products in return for small food rations. The Jewish council saw forced labour as the only way for the community to avoid starvation and liquidation.

Transportation from Lodz to Chelmno began in January 1942. In 1942, the Nazis murdered approximately 70,000 Jews from the Lodz Ghetto at this camp.

In September 1942, “Aktion Gehsperre”- one particularly traumatic deportation from the Lodz Ghetto – took place. During this deportation, Germans ordered the head of the Judenrat, Mordechai Chaim Rumkowski to round up the elderly, the young and the sick.

In his infamous speech, Rumkowski addresses the Lodz community:

“I must carry out this difficult and bloody operation. I must cut off the limbs in order to save the body. I must take away the children…”

Dissatisfied with the speed of the round-up, the Germans entered the ghetto and began arresting people regardless of lists or documentation. During this forced deportation lasting one week, the SS murdered 100s of Jews and deported 15,685 to Auschwitz-Birkenau, almost one-third of which were children.

“I lost my entire family then. As far as I remember, around 50. Cousins, uncles, grandparents, aunties. So, I was left with my mother,” – Abram Goldberg.

This event signified the moment of undoubted realisation in the ghetto that those being deported were sent to their death, rather than labour camps as previously assumed.

The ghetto continued to run until Feb 1944, when Heinrich Himmler ordered its liquidation in mass deportations to Chelmno and Auschwitz-Birkenau.

Abe Goldberg and his mother were eventually transported to Auschwitz-Birkenau in 1944. Abe’s mother was sent to the gas chambers on arrival. Abe holds on to the last words his mother passed to him before the Nazis murdered her:

By 1949, numerous attempts had been made to form a Lodzer Landsmanshaft in Australia. The Landsmanshaftn were societies of Jewish immigrants from the same town or region in Eastern Europe.

In 1953 an initiating committee was formed to call a general meeting of Melbourne Jews from the Polish city of Lodz and organise an evening to commemorate the memory of their annihilated community.

To commemorate the 78th anniversary, the Lodz Committee, in conjunction with MHM, will host a free event on 28 August. This year’s speakers include:

MHM would like to extend a warm welcome to other Landsmanshaftn to commemorate significant dates within our new museum space throughout 2023. If interested, please reach out to communications@jhc.org.au.