Construction of the Melbourne Holocaust Museum building is now finalised, and we celebrated completing this significant stage of redevelopment by welcoming Holocaust survivors and bipartisan political supporters through our doors.

For this momentous occasion Friday 6 May, 15 Holocaust survivors, all active or former volunteers with the museum, embraced the opportunity to explore the new building designed by Kerstin Thompson Architects. Previewing the space, they expressed immense satisfaction to know that we are embarking on our next chapter in a space that continues to hold and share their memories with new generations of visitors.

“The redeveloped Melbourne Holocaust Museum means everything to me,” said Holocaust Survivor Irma Hanner. “It has been 77 years since the Russians liberated me, yet hatred is on the rise worldwide. I must continue to tell my story to the children, the next generation.”

Invited Federal and State politicians from both Labour and Liberal parties, who have generously funded our project and supported our important work, joined the memorable morning.

A celebratory morning including a building tour

Pauline Rockman OAM, MHM Co-President, delivered an opening speech noting the completion of the building, with The Hon Josh Frydenberg MP following with a keynote address, commending our development which has been supported by the Federal government.

“This is not about politics,” Frydenberg said. “This is all about preserving memories of those who perished, as well as those who have survived the Holocaust.”

After speeches, attendees joined together in the Garden of the Pillars of Witness to light the Eternal Flame, followed by a building tour.

The completion of the museum’s construction comes weeks after announcing our name as the Melbourne Holocaust Museum and transitioning away from the former Jewish Holocaust Centre.

The event allowed Holocaust survivors to reflect on recent changes stitching together the past and future of the museum – while acknowledging their ongoing critical role in our mission to educate about the events of the Holocaust through eyewitness testimonies and artefacts.

“We are a Melbourne based museum, telling the stories of Melbourne Holocaust survivors who made a new life in this wonderful country after surviving the horrific events of the Shoah,” said Pauline Rockman OAM, MHM Co-President. “For over 38 years, we have been educating throughout Victoria. We commemorate the victims to inspire a better future.”

What’s next for the Melbourne Holocaust Museum?

The Melbourne Holocaust Museum, due to open later this year, includes exhibition spaces, learning, memorial, and research facilities, all architecturally anchored with spacious and warm wooden interiors and reflective surfaces.

Now that we hold keys to the building, our next stage is fitting out the spaces, including installing the primary exhibition – titled Everybody Had a Name – which invites visitors to stop and think: knowing what you now know, how will you act today?  Exhibition spaces imparting complex histories will be balanced with areas to reflect, including a memorial garden featuring the recently reinstalled and reimagined Pillars of Witness, by sculptor Andrew Rogers, first commissioned for the museum in 1999.

Our initiative to build a world-class museum continues our strong local and international reputation as a must-see museum and education experience. Welcoming survivors as the first visitors to the newly completed building honoured their role in establishing the institution in 1984 while reaffirming their ever-important voices and support as we progress into the future.

We look forward to welcoming the wider public through the doors of the Melbourne Holocaust Museum later this year. 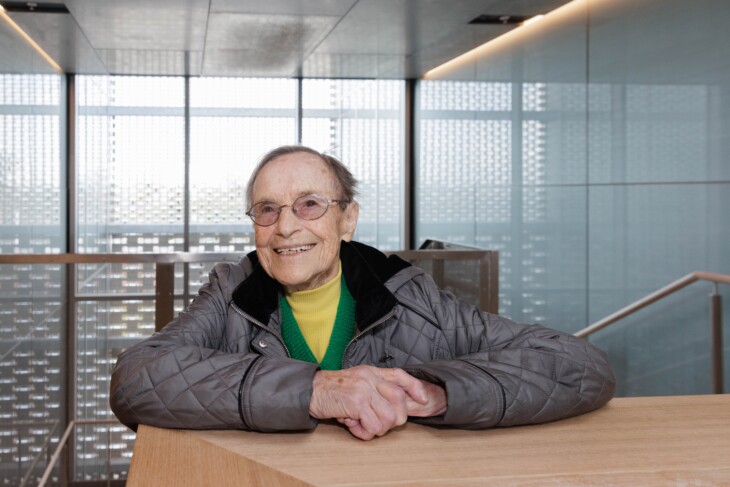